La Muu was founded to help Priit overcome a childhood trauma - homemade ice cream making that started off well, ended in a shock when the boy discovered that you need an ice cream maker to actually freeze the ice cream! Sad and disappointed, little Priit swore that when he grows up and gets rich he will buy the frickin' ice cream maker to complete the mission that once failed!

But that of course, is a joke. In reality, La Muu was created so Rasmus could find something to do as he was slowly drifting away to 'a midlife crisis island' after a sudden and a rather confusing layoff from a highly prestigious position in a large bank.

Whatever the reasons, we know that in 2012 two friends Rasmus Rask and Priit Mikelsaar decided to establish a company with a mission to improve organic production in Estonia. By that time, Priit had actually been running an eco-store chain called Biomarket for a few years already. The business was flourishing, but Priit never quite understood why most of the organic products sold in his store were from Germany even though there were many diligent organic farmers in Estonia at the time.

Together with Rasmus, they started tinkering on a plan on how to set the wheels in motion for Estonia’s very own production of organic products. To both men, ice cream seemed like an ideal product which could very well become the flagship of Estonian organic production – all the main ingredients (milk, cream, eggs, berries and fruit) were available for purchase from Estonian organic farmers. Done and dusted! 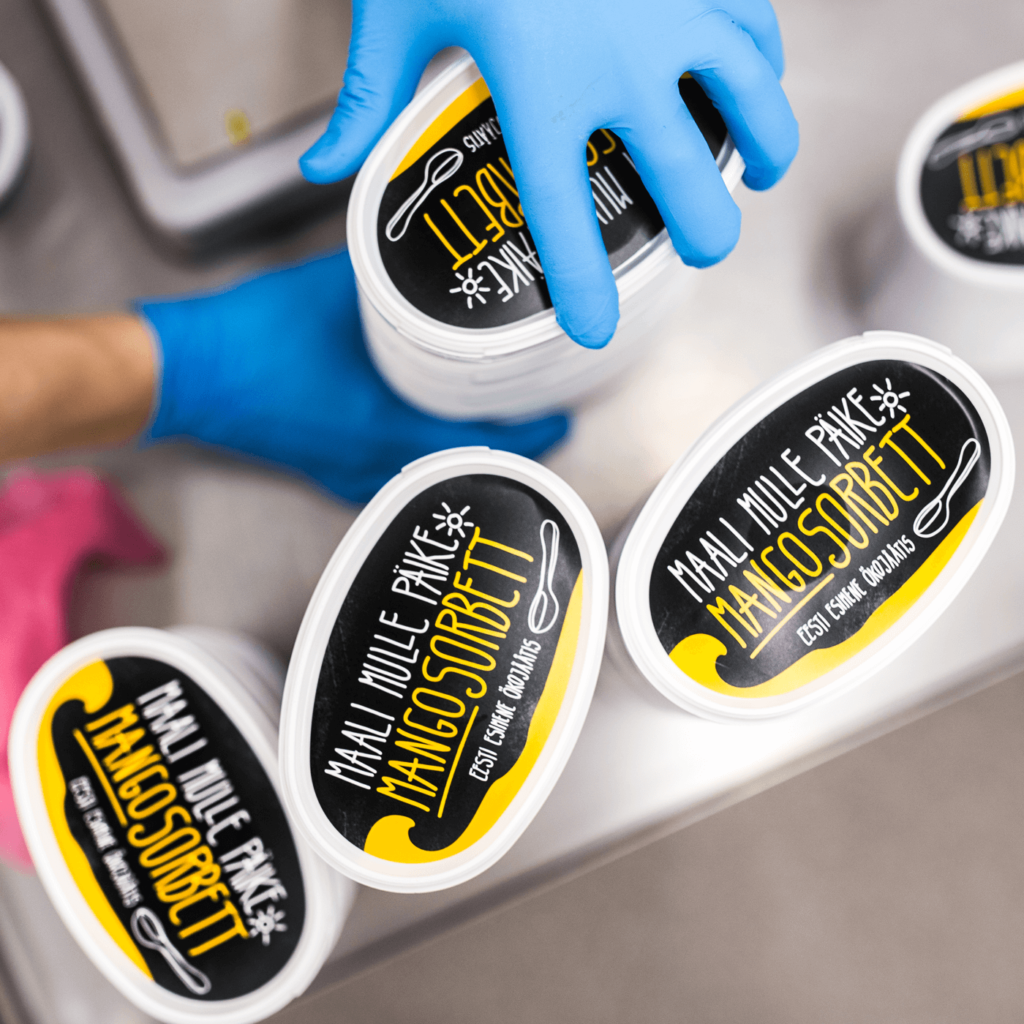 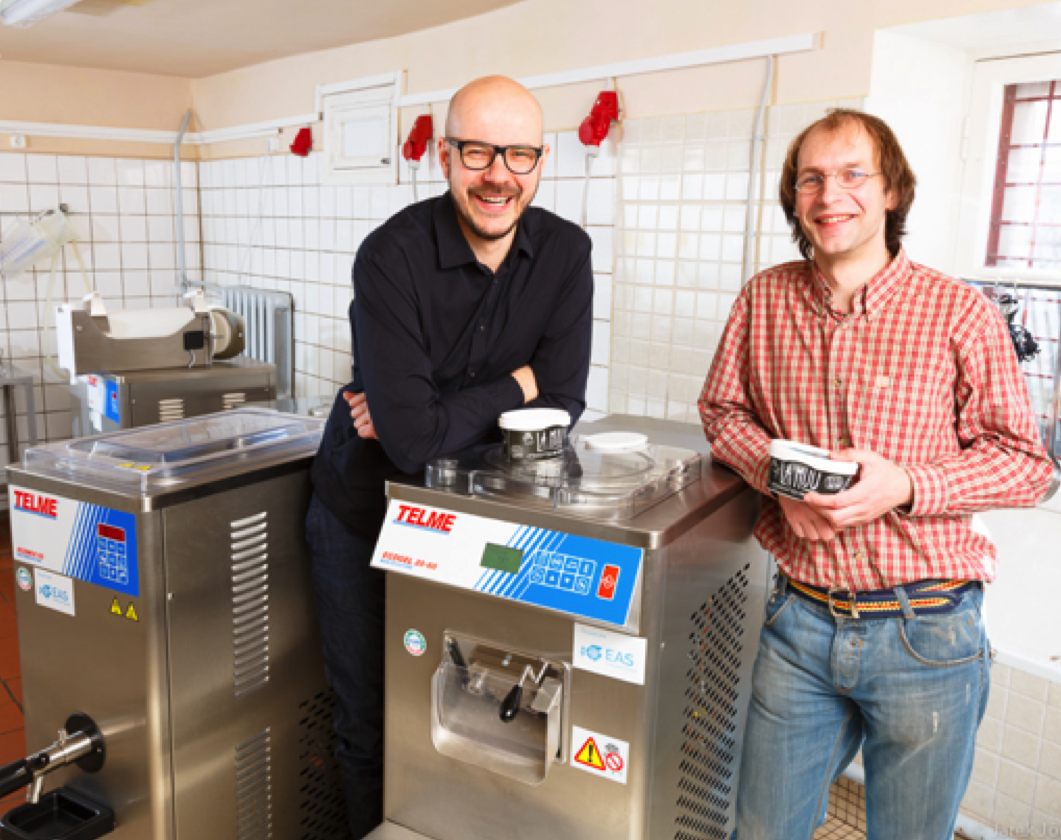 Rasmus and Priit in the first La Muu factory. 2013

The choice was rather difficult – to keep busy making ice cream and become wealthy real quick or to keep living as a regular human, something they had both been really good at. Together they decided to go with option three – they hired several hard-working, intelligent and resilient women who produced the ice cream for them. To not seem stupid, the founders quickly gave themselves fancy titles. Rasmus began to call himself ‘Director General’ and Priit ‘Managing Director’. Once Priit started calling himself ‘Managing Director’, Rasmus decided to call himself ‘CEO’. 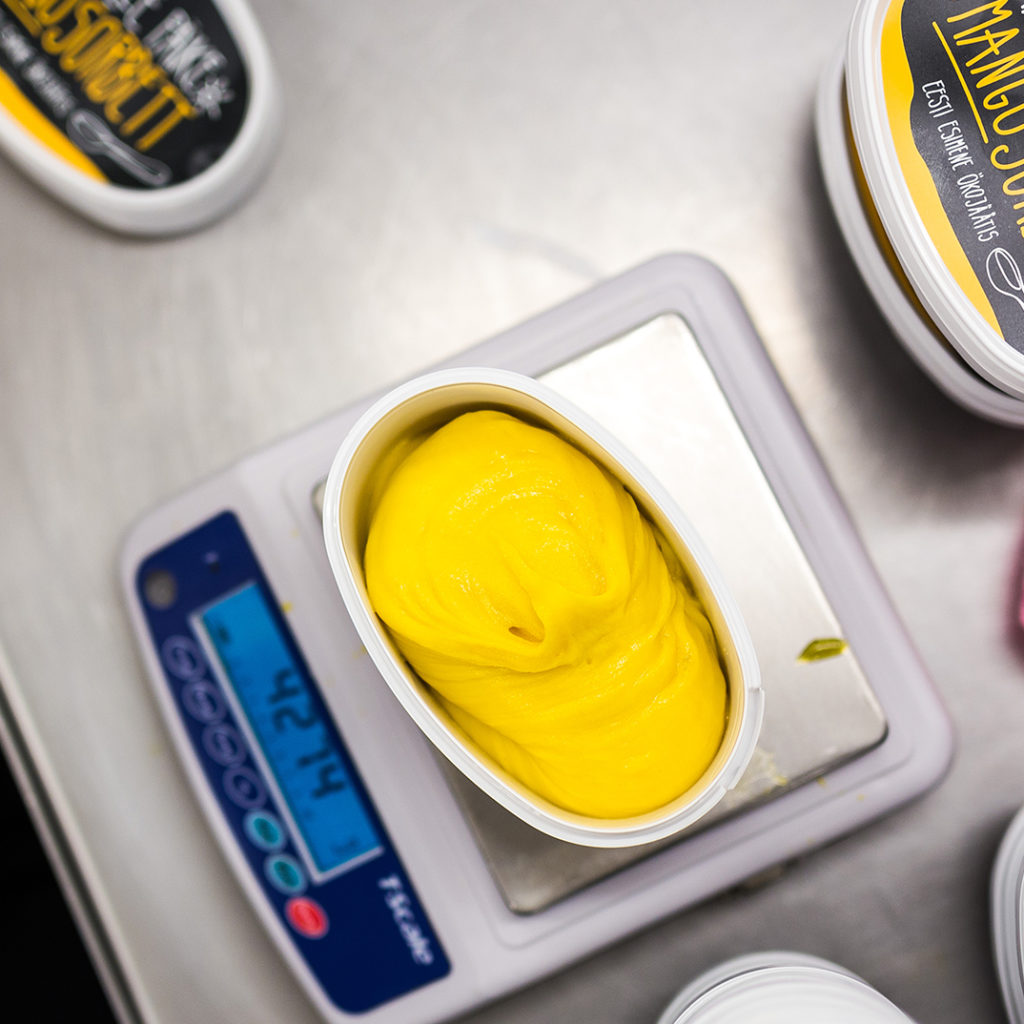 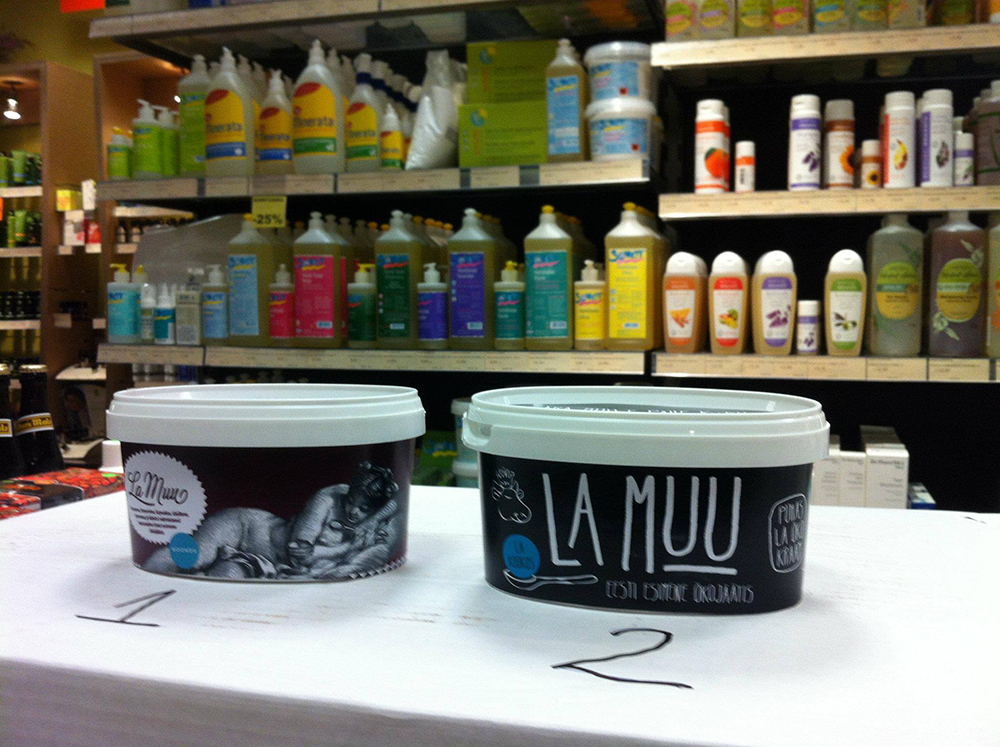